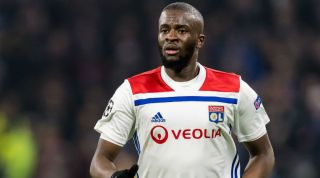 According to The Guardian, Ndombélé is exactly the kind of midfielder Mauricio Pochettino wants to sign this summer and has told Daniel Levy as much.

The problem is that Spurs are, so far, only valuing the 22-year-old ast €50 million, whereas Lyon want €75 million.

Ndombélé has six caps for France and impressed with Lyon in the Champions League last season, against the likes of Barcelona and Manchester City.

Incidentally, City are also reported to be interested in the player, along with Juventus and Real Madrid.

Madrid were thought to be close to a deal near the season's end, but their priorities lay elsewhere.

It's understood that if Spurs can't negotiate the price down, they may well turn to Ajax's Donny van de Beek or Roma's Nicolò Zaniolo.