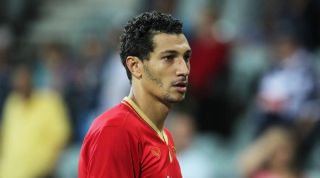 Just two points separated Muang Thong and Sasana heading into the weekend's fixtures, with the former playing Saturday and the latter Sunday.

Sasana could only manage a result that typified their campaign as they shared the spoils for the 12th time in 22 games, though they remain undefeated after a 1-1 draw with Buriram United.

Jose Alves's side made a poor start in a meeting of second-versus-third, Jakkraphan Kaewprom scoring in the 23rd minute, but they equalised almost immediately through Daiki Iwamasa.

But they were unable to push for victory, paving the way for Muang Thong to move four points clear.

And they did so, Jay Bothroyd and Cleiton rendering Surachart Sareepim's goal a consolation in a 2-1 win over Police United.

Nattapon Woratayanan, Amadou Ouattara and Yves Desmarets were on the scoresheet, overshadowing efforts from Ajayi Gbenga Samuel and Narongchai Vachiraban.

Air Force Central, who are 18th, made it three games unbeaten in drawing 1-1 with Songkhla United.

Saturday's games, meanwhile, were rounded off by Army United beating TOT 1-0, Ratchaburi losing 3-1 to Chonburi and Chiangrai United playing out a goalless draw with Singhtarua.