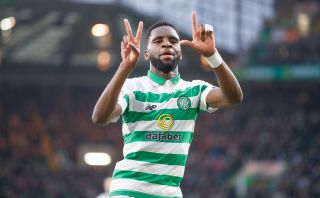 Celtic have been crowned Scottish champions for a record-equalling ninth consecutive time.

The Hoops had built up a 13-point lead with 30 games played before the coronavirus pandemic forced the season to a halt.

The only player to play, and start, all 30 league matches, an indication of how highly he is rated given the competition for places in central midfield includes Scott Brown, Olivier Ntcham, Ryan Christie and Tom Rogic. The 26-year-old netted nine times in the league.

Arguably the best player in the league before the winter break, the playmaker scored 10 goals in his first 14 league matches before minor groin surgery curtailed his influence. Grabbed his 11th league goal before netting the winner in the William Hill Scottish Cup quarter-final against St Johnstone.

With 22 goals from 27 Premiership matches, the Frenchman’s form was critical during the first half of a campaign which saw his strike partners struggle with fitness issues. Key goals included the first in a 2-0 victory at Ibrox and a winner against Aberdeen. Formed a potent pairing with Leigh Griffiths after New Year.