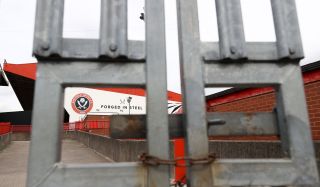 Premier League clubs have unanimously approved return-to-play protocols and a match day operations plan, effectively the final piece of the puzzle in order for matches to restart behind closed doors amid the coronavirus pandemic.

Here, the PA news agency looks at the key questions as the league prepares to kick off again on June 17.

How will players on the pitch be safe?

All players and other team staff will continue to be tested for coronavirus on a twice-weekly basis. The pitch and the area immediately around it will be classified as the ‘red zone’ of a stadium – a maximum of 110 people will be allowed in it at any one time and they must present a valid clinical passport which shows they have tested negative within the last five days to enter it.

What if a player tests positive after a match, will any opposition players they came into contact with have to self-isolate?

Not unless they too subsequently test positive. Premier League research looking at 288 games this season found that 98 per cent of close-quarters player interaction lasted less than five minutes per match, well under the 15-minute close contact threshold set by the Government as part of its test and trace strategy.

What about referees, are they being tested?

Referees and assistants will have undergone two rounds of testing before the league restarts.

Won’t we see players hugging each other when they score?

Players will be reminded to maintain social distancing wherever possible outside of the normal play of a match, including goal celebrations. While the bumping of elbows, which has been a common sight in Germany’s Bundesliga, will not be prohibited, players will be asked to keep touching to a minimum.

What other measures are being taken around social distancing?

Match official appointments for the #PL fixtures on 17 June have been confirmed— Premier League (@premierleague) June 11, 2020

Players must keep their distance from the referee, and likewise coaching staff are being advised to stay away from the fourth official.

Players may be split over more than one dressing room, and if necessary other areas inside a stadium, such as corporate hospitality areas, could be used.

What about face coverings – will substitutes and coaching staff wear masks like they do in Germany?

No they will not, unless they expressly wish to do so, and nor will players be asked to wear them on arrival at stadiums. Physios and medical staff will wear appropriate personal protective equipment (PPE) when they come on to treat injured players, or when treating players in the dressing room.

What other hygiene measures will be in place?

Players will be encouraged to use hand sanitiser before and after matches, and avoid spitting or nose-clearing during a match.

How many people in total will be allowed at a match?

The stadiums will be split into three zones – the green zone will be the outer perimeter, an amber area within the stadium occupied by media, broadcast staff and so on, and the red zone on and around the pitch. The total number allowed at a match will vary from club to club, but will be around 300.

How will teams get to matches?

They could fly, travel in coaches or players may use their own vehicles, depending on the circumstances. Coaches will be reconfigured to allow social distancing, and flying is preferred to stopping overnight on longer journeys, though hotel stays are not prohibited as elite athletes fall within the exceptions for overnight stopovers.

Might games get called off at short notice if someone fails a temperature check?

The Premier League is confident it has taken every step possible to avoid any last-minute issues, from regular testing, temperature checking individuals before departure to stadiums and the introduction of the clinical passport.

Will there still be VAR? How will that work?

Pretty much the same as normal, except the video officials will be more spread out at their Stockley Park HQ than they were prior to the pandemic, to allow for social distancing.