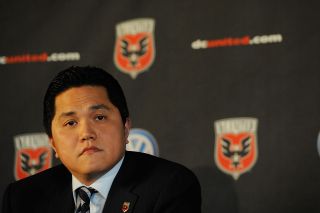 The Indonesian businessman, who purchased a 70 per cent stake in the Serie A outfit earlier this month, was said to have expressed an interest in big names such as Juventus' Andrea Pirlo and Verona's Jorginho.

But the 43-year-old has rubbished those suggestions, insisting that the subject of transfers has not even been raised yet.

"When someone writes that I want this or that player, that's an untruth," he told Tuttomercatoweb.

"The market is closed and I have never spoken (about it). Before I decide to buy one, I have to consult with (Massimo) Moratti and the coach (Walter Mazzarri)."

Thohir did, however, confirm that he has lofty ambitions for Inter and is expecting them to live up to their history.

"The football competition in Italy is often obscured by the Spanish or English, but I prefer Italian football," he added.

"If I choose to buy a club, I do it for the great name and history. I cannot acquire a club that does not have these two features - it would be a defeat.

"Inter have a big name and it was a great opportunity. Inter had the right conditions to be acquired and has an important history in Europe and in the world."