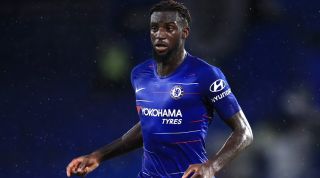 Tiemoue Bakayoko is in talks with Galatasaray over a possible loan deal after being told he is free to leave Chelsea, report the Evening Standard.

The midfielder spent last season on loan at Milan, but the Italian club opted against spending £32m to make the move permanent.

Bakayoko therefore returned to Stamford Bridge over the summer, but he could be set for another spell overseas in 2019/20.

The former Monaco man has failed to impress new boss Frank Lampard, who has been running the rule over his squad since his appointment last month.

Lampard handed Bakayoko only 185 minutes in pre-season and has concluded that the Frenchman is not in his plans.

Davide Zappacosta could also depart west London this month, with Reece James set to be the main understudy to first-choice right-back Cesar Azpilicueta.