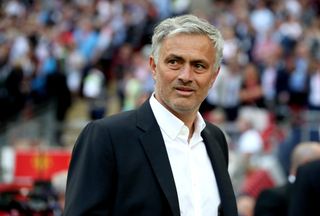 Jose Mourinho could find himself back in football management this week, with Real Madrid interested in bringing him to the Bernabeu, the Daily Mirror reports. Current boss Santiago Solari is under pressure after a shock Champions League defeat to Ajax, and it is reported that the former Manchester United manager will return to the LaLiga side on a three-and-a-half-year deal.

Defender Sergio Ramos will look to leave Real Madrid should Mourinho be installed as manager, the Daily Mail says. The club captain will be looking for a summer move when he will be one year from the end of his contract, the paper reports.

The race for the West Brom job is hotting up, with David Wagner and Carlos Carvalhal in the frame to replace the sacked Darren Moore, according to the Daily Mirror. The Baggies are looking for a promotion specialist and Wagner took Huddersfield to the Premier League, while Carvalhal led Sheffield Wednesday to the play-offs twice.

However, the Daily Mail reports the Baggies will move for former Fulham boss Slavisa Jokanovic.

Manchester United will look to reinforce their backline over the summer, with Benfica and Portugal defender Ruben Dias top of their wishlist, reports the Sun.

Marcelo: The Real Madrid left-back is set to link up with Cristiano Ronaldo at Juventus, CalcioMercato reports.

Tomas Kalas: The 25-year-old defender, on loan at Bristol City from Chelsea, is wanted by Celtic, according to the Daily Record.