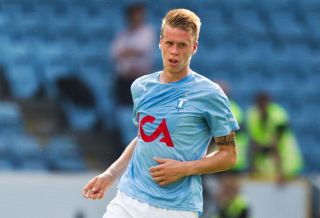 The 23-year-old centre-back has been linked with moves to the Premier League and Serie A after impressing in his home country, with Torino winning the race for his signature.

Jansson will be out of contract at the end of 2013-14 and Torino confirmed on Thursday that he will join them in August.

"Torino Football Club is delighted to announce that as of 1 August 2014, the Swedish defender Pontus Jansson will be registered for Torino FC," the club announced on their official website.

Jansson has recently broken into the Sweden national team and could force his way into Erik Hamren's squad for the FIFA World Cup in Brazil.

He will join a Torino squad on course for a top-half finish in Serie A this season, with 49 points from their 34 games.