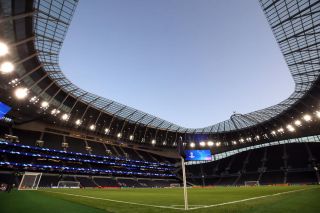 UEFA banned Red Star fans from attending last week’s Group B match after being found guilty of racist abuse in a qualifying game in Finland in July.

However, over 200 supporters got into the top tier of the Tottenham Hotspur Stadium and congregated in the North Stand before making themselves heard by chanting.

Stewards were forced to segregate them from home fans as there were too many to eject.

The club launched a full investigation and found almost 50 One Hotspur members purchased multiple tickets and illegally sold them on.

UEFA’s disciplinary panel is still deciding whether to take any action against either club.