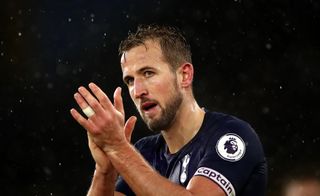 Tottenham striker Harry Kane is now focused on recovery after surgery to repair a ruptured tendon in his left hamstring.

The England captain suffered the injury during the 1-0 Premier League defeat at Southampton on New Year’s Day.

Following tests, Tottenham confirmed specialists had advised an operation was needed, with Kane expected to return to training in April.

Following the procedure on Saturday, Kane posted a ‘thumbs up’ picture on social media, his leg in a brace.

As well as being unavailable for his club, Kane is now also set to miss international duty, with England having friendlies against Italy and Denmark at the end of March.

Should all go well in his recovery, it is expected the forward would be back to lead the Three Lions into Euro 2020 – if perhaps somewhat short of game time.