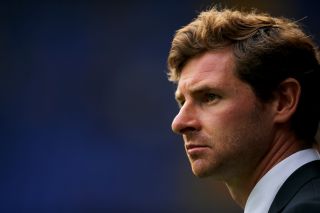 Manager Andre Villas-Boas was critical of fans at White Hart Lane after his side's 1-0 victory over Hull City on Sunday.

Spurs struggled to break down Hull's defences for large parts of the game and required an 80th-minute penalty from Roberto Soldado to secure three points.

Afterwards, Villas-Boas said: "We didn't have the support we should have done. There was much anxiety from the stands, the players had to do it alone.

"We looked like the away team, we played in a difficult atmosphere with almost no support."

"I think he's got a very good point when it comes to atmosphere," he told Perform. "It has been getting worse, incrementally, over the last four or five years.

"It's something that the club recognise and they are working with us.

"I think atmosphere is a problem up and down the country. Certainly when we met with the Premier League in June, it's something that they noted."

However, Alexander also feels there is a possibility Villas-Boas' comments have been misunderstood.

"I think if you read the comments and listen to them, you can take them in completely different ways," he added.

"You always have to remember that English is not his first language."

And Alexander claims there are a variety of reasons behind the less vocal home support.

"We've got one or two generations of Spurs fans who, for a number of reasons, are disenfranchised from the club," he continued.

Spurs fans have been in the spotlight this season for the nature of their chants, and the supporters' group feels the added pressure has made fans more cautious.

"The previous home game against West Ham, we've never been more oppressed in our own stadium than that day," Alexander said. "The police were watching our supporters and weren't watching the away supporters, and even when we tried to sing songs that didn't contain the 'Y word', we were being eye-balled by police.

"I absolutely think there was a hangover yesterday from that game."