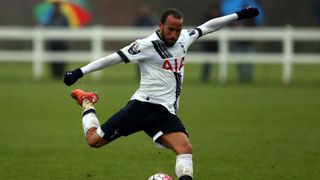 Newcastle United's latest signing Andros Townsend is delighted to have the chance to prove himself, claiming he is in the "best shape" of his life.

Townsend believes he can prove doubters of his ability wrong after moving to the north-east and is hoping to work his way back into contention for England’s Euro 2016 squad.

"I’ve got a massive point to prove now and hopefully Newcastle will benefit from that," the 24-year-old said.

"My last full 90 minutes in the Premier League was just under two years ago so I’ve not played consistently in a long time.

"But the last time I played nine or 10 successive Premier League games I was kind of setting the world alight. I can’t wait to get a run of games and consistency going, and hopefully get back to that level. I have faith in my ability.

"I’m the same player and the same person that was tipped as a big England prospect. Physically, I’m in the best shape of my life but I haven’t had a run of games since 2013."

Townsend has featured in just 20 Premier League matches over the course of the last two seasons and fell down the pecking order at White Hart Lane under Mauricio Pochettino.

However, he believes he can recapture the form that earned him 10 international caps.

"I’m looking to become even better than before," he added.

"I feel I’m more mature – and that Newcastle’s the right stage to showcase my ability."