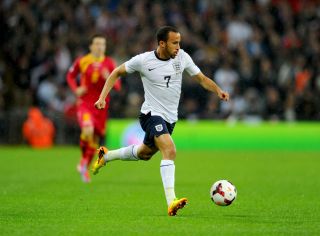 The 22-year-old winger, who scored a stunning debut goal for England in their vital 4-1 World Cup qualifying win over Montenegro on Friday, is currently earning £6,000 a week at White Hart Lane.

But after a strong start to the season in the absence of Aaron Lennon – and in light of his international heroics – Townsend is set for an improved deal worth £15,000 a week.

Townsend, who was loaned out to QPR last season as he struggled to make an impact under Andre Villas-Boas, is now considered one of the Portuguese manager's most important players.

"I know quite a lot about the young players at Tottenham because they have a lot of them," Hodgson said.

"Tom Carroll is one, Kyle Walker and Kyle Naughton and also Andros Townsend. These were players I had been following all through last year.

"But when Andros got the loan move to QPR and did so well there it really alerted us.

"I have seen him play a lot of times for Tottenham this season, as have my staff, and he has more than replicated those QPR performances. He has made us sit up and think about him even more."