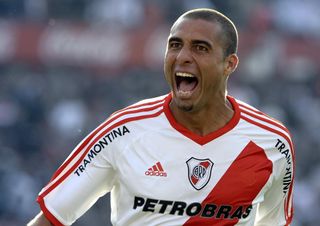 Pune, who have a link-up with Serie A side Fiorentina, are set to take part in the inaugural Indian Super League campaign, due to begin later this year.

The likes of Joan Capdevila, Freddie Ljungberg and Robert Pires have already signed up to take part in the fledgling league, with Trezeguet becoming the latest high-profile star to be attracted to the Indian game.

"By joining hands with the legends of football, FC Pune City brings international expertise to the team to nurture young talent and hopefully take football to a different level in a country where all other sports have been eclipsed by cricket," said Gaurav Modwel, chief executive officer of the club, at a news conference on Wednesday.

Trezeguet was part of the France squad that lifted the World Cup on home soil in 1998, and it was his golden goal in the final against Italy which saw Les Bleus claim UEFA European Championships glory two years later.

Since leaving Juventus in 2010, Trezeguet has had spells at Hercules, Bani Yas and River Plate.

The 36-year-old scored 16 goals in 35 league appearances for River, before being loaned to Newell's Old Boys, where he netted seven times in 24 matches, only eight of which were starts.