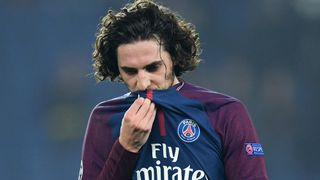 The French midfielder is reportedly set to become the subject of a €40 million bid from the LaLiga champions, who are looking to strengthen following the departure of Paulinho.

Barca great Xavi endorsed the potential new arrival, hailing the 23-year-old as a perfect fit for the club, while Clement Lenglet has encouraged his compatriot to join him at Camp Nou.

Though he captained the team in a 3-1 friendly defeat to Bayern Munich on Saturday, Tuchel admitted the likelihood of Rabiot remaining in Paris was uncertain.

"Of course I would love him to stay. Everyone has seen his potential and there's still room to grow," Tuchel told reporters.

"In relation to his contract situation, he's the one who has the last word. Everything depends on him.

"He can stay and adapt to our style or leave the club and try a new experience."

Rabiot was handed his PSG debut by Carlo Ancelotti in 2012 and has since established himself as a first-team regular, making 33 Ligue 1 appearances last season.