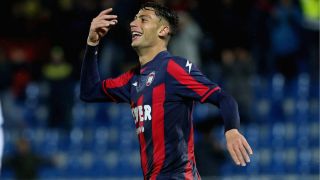 Udinese have completed the signing of midfielder Rolando Mandragora from Juventus.

The 21-year-old moves to the Stadio Friuli for a fee of €20m, although Juve have inserted a buy-back clause of €26m which will be active at the end of the 2019/20 campaign.

Mandragora, a defensive midfielder, spent last season on loan at Crotone, making 36 appearances in Serie A as the southern club were relegated.

He was called up by Italy boss Roberto Mancini in June, debuting for the Azzurri in a 3-1 loss to recently crowned world champions France.

Mandragora is the first significant departure from Juve since the arrival of Cristiano Ronaldo for £99.2m.