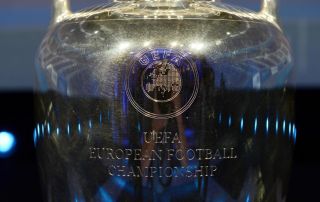 The 2016 European Championship will be the first to feature 24 teams, with hosts France already assured of their place at the event.

Switzerland, among the seeded teams for this year’s FIFA World Cup in Brazil, are in pot two on this occasion, together with Ukraine, Croatia, Sweden, Denmark, Belgium, Czech Republic, Hungary and the Republic of Ireland.

Pot five contains Gibraltar, who will take part in a major tournament qualifying campaign for the first time.

On February 23, the teams will be drawn into nine groups – eight of six countries and one of five.

France will be partnered with the five-team group, enabling the 2016 tournament hosts to play friendlies against these countries on their 'spare' dates.

However, Russia and Georgia, who had refused to play each other since 2008, can be drawn together.

"I'm very pleased to say that the Russians and Georgians can play together if they are in the same group," confirmed UEFA president Michel Platini.

The top two sides from each group will qualify automatically for the finals, together with the third-placed team with the best record against the nations first, second, fourth and fifth in their pool.

Play-offs will then be used to determine which of the eight remaining third-placed sides will make it to France.

The qualifiers will run from September 2014 to October 2015.