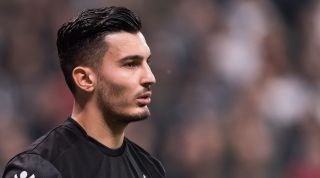 Liverpool could make a move for Trabzonspor goalkeeper Ugurcan Cakir as they seek a long-term back-up to Alisson, according to Star TV.

The Brazilian shot-stopper is currently sidelined with a calf injury he picked up on the opening weekend of the Premier League season.

However, with Adrian set to turn 33 in January, the Reds want to secure a more long-term No.2

Liverpool scouts watched the 23-year-old Cakir in action against Fenerbahce at the weekend and were impressed by what they saw.

The Turkey international is valued at around £14m and could be the subject of a bid from Liverpool in January or next summer.