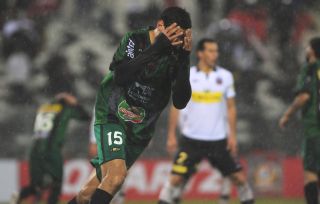 The visitors found themselves 3-1 up at half-time through goals from Cristian Techera, Lucas Rodriguez and Hamilton Pereira, with Jorge Rodriguez on target for Penarol.

A red card for Sebastian Piriz seven minutes after the restart further damaged the champions' chances of getting back into the game, and Diego Casas secured the win for River Plate with six minutes to go after Gonzalo Viera had found the net for the champions.

Elsewhere, El Tanque Sisley also left it late to pick up three valuable points on the road against Fenix. Santiago Lamanna opened the scoring after 10 minutes for the visitors, but Hernan Novick equalised from the penalty spot 11 minutes after the break.

However, Jonathan Iglesias grabbed the winner in the 89th minute as the Montevideo-based club look to improve on their fourth-place finish in last season’s Apertura.

Sud America were the other side to pick up an away win in the first round of fixtures. They picked up a 2-0 victory at Juventud thanks to goals from Juan Cobelli and Santiago Gonzalez.

The weekend's biggest home winners were Cerro as they dispatched Wanderers 3-1. Hugo Silveira and Hector Acuna gave the hosts a 2-0 lead at the break, before Gaston Rodriguez pulled one back just before the hour mark from the penalty spot.

But Claudio Dadomo then sealed the three points for the home side two minutes from the end.

The final two matches of the week saw Ignacio Gonzalez score in Nacional's 1-0 win over Racing, while Cerro Largo and Danubio drew 0-0.