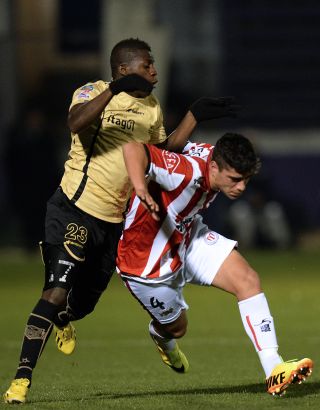 The goals came relatively late for a side that had scored 12 goals in their previous three league matches.

Lucas Olaza got the first on 68 minutes before Leandro Rodriguez rounded things off in injury time with his second goal of the season.

River next head to Nacional, who lost 2-0 on Saturday to Danubio.

Jonatan Alvez and Liber Quinones got both the goals to keep their side in touch with River at the summit.

El Tanque Sisley were fortunate to scrap a 1-1 draw against Cerro Largo. Santiago Lamanna got an equaliser seven minutes from the final whistle after Mauricio Ruiz hit the game's first goal.

Racing nearly came back from three goals down against Penarol but the away side managed to hold on to win 3-2.

Miramar Misiones picked up an unlikely point away at Sud America courtesy of a 0-0 draw and Wanderers' game with Club Atletico Juventud finished 1-1.