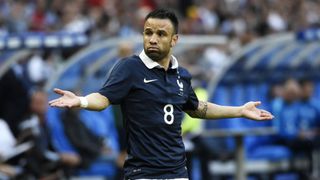 Lyon have called a news conference where the French club are set to announce the signing of former Marseille favourite Mathieu Valbuena.

The 30-year-old left the south-coast club for Dynamo Moscow on a three-year deal 12 months ago and contriuted to a fourth-place finish in the Russian Premier League.

Valbuena also started the current season with Dynamo but is set to return to Ligue 1 with Lyon, who are likely to announce the terms at Tuesday's news conference.

The club stated via their official website: "Do not miss the press conference on OLTV. From 17h Olympique Lyonnais will present its new recruit ..."

Lyon president Jean-Michel Aulas also tweeted, stating: "For OL [it] would be exceptional to have the attacking quartet of Alex [Lacazette], Nabil [Fekir], Claudio [Beauvue], and Mathieu in the same jersey."