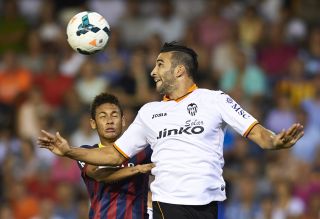 The France defender is poised to seal a loan switch to San Siro after a bust-up with the Spanish outfit.

The 27-year-old centre-back has been training with Milan this week, but will not be able to play for the Serie A club until the transfer window opens in January.

Rami alienated himself at Valencia when he criticised coach Miroslav Djukic in a radio interview in which he also hit out at some of his team-mates.

Milan have made a disappointing start to their Serie A campaign, winning just two of their opening seven matches.

Massimiliano Allegri's under-performing side have been sent to a training retreat ahead of Saturday's clash with Udinese, but chief executive Adriano Galliani insists it was not a form of punishment.

He told the club's official website: "We would not be punishing the players by sending them into a retreat.

"Milan have told the coach and the players that it is not happy with the team being in 12th place in the league.

"A retreat will serve in bringing concentration and allow everyone to be together. This would be the aim of the retreat and it is not there to punish anyone."