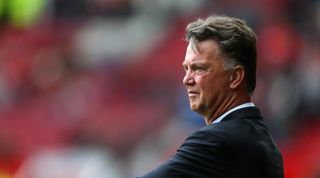 The matches have been mooted to plug the gap left by United's failure to qualify for European competition, while their early elimination from the League Cup at the hands of MK Dons freed up yet more space on the calendar.

Managing director Richard Arnold revealed earlier this week that the idea was still being looked into, but now Van Gaal has lent his own backing to the proposed fixtures.

"I like to play midweek games against high-level opponents."

United, who host Everton in the Premier League on Sunday, are reportedly set to lose more than £40million as a result of their non-involvement in the UEFA Champions League.