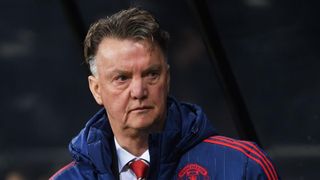 Manchester United manager Louis van Gaal felt his side threw away the chance of victory against Newcastle United by failing to take their chances and could have scored six goals on another day.

A thrilling Premier League encounter at St James' Park ended in a 3-3 draw, with Newcastle's Paul Dummett scoring with a deflected effort in the last minute.

Van Gaal feels his players should have put the game to bed long before defender Dummett denied them a win, with goalscorers Wayne Rooney and Jesse Lingard missing key chances and Marouane Fellaini seeing a late header saved.

The Dutchman added that he disagreed with the penalty awarded to Aleksandar Mitrovic after he clashed with Chris Smalling which led to the home side's second goal.

"We threw it away - yeah," the manager told BT Sport. "You have to finish the game already much earlier.

"They have to finish, of course. It is always difficult. Rooney also had in the first half a very big chance. We could have made here six goals and there were big possibilities.

"So to then lose two points that is very, very sad and everybody knows that it is our own fault, not the referee or the opponent – we did it to ourselves.

"In spite of that the referee gives also a penalty that I think is a duel. I have seen the video and you see that Mitrovic is pushing with his hand into the head of Smalling and when you both do that you cannot decide who is worse, but the referee is not losing our game - we are losing by ourselves."

Van Gaal was asked whether the attacking performance would silence critics who claim United do not attack often enough, but he felt those comments had been unjustified.

"I have not agreed with the analysis of many, many people because we are always attacking - also away from home," he said.

"But I have to live with it an cope with it, as do my players. That is very difficult for them I think, but now we have given two points away."

The result means United have only won one of their last eight in the Premier League and drop down to sixth in the table.