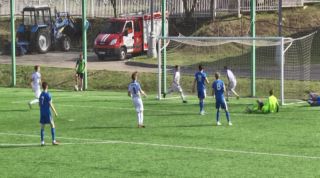 Russian third-division side Chertanovo held a 2-0 lead going into half-time of their match with Dinamo Bryansk, but blew it in the second half. Oleg Shelyutov pulled a goal back for the visitors in the 76th minute - and with Bryansk in search of an equaliser, it would come in pretty ridiculous circumstances.

The home side conceded a penalty, which saw the goalkeeper pull off a superb double save that would have Premier League pundits poring over it for weeks had it been done in England's top flight.

Unfortunately, his efforts would be spectacularly wasted. The result of his second save was the ball zipping across the box, right into the path of his own team-mate Egor Kondakov -who could do little to avoid putting the ball into the back of the net.

That's exactly what you want from your defenders.