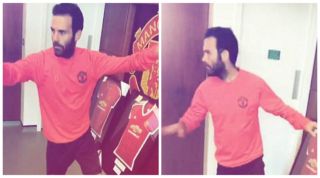 According to TheIndependent, the Manchester United manager is reportedly unhappy with the amount of time his players spend on social media, and has stopped players from posting anything on Twitter, Facebook, Snapchat or Instagram 48 hours before a match.

Bailly has been caught posting a video on Instagram on Wednesday of Mata doing some ball skills in rhythm to Niska's B.O.C at United's Carrington training base.