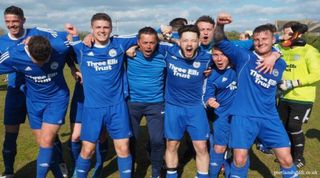 Video: Why Manchester United's Eric Bailly could be in trouble for filming Juan Mata dancing

In the Wessex League, the ninth tier of English football, Moneyfields celebrated winning the title on April 29 after beating Newport IoW 1-0.

The players enjoyed their moment as any side would after you've gone through a season of pain and effort to win the league. The banners came out, the players were singing and dancing... there might have even been a bit of champagne.

However, they were stripped of their title four days later.

Why? Because the FA finally got back to them over an appeal which involved Moneyfields fielding an ineligible player at the start of 2017. The appeal was rejected, and the club were deducted three points.

Those docked digits meant second-placed Portland United jumped above them in the table and are now the Wessex League championship winners.

"I’ve had more than 50 people ask me the question, 'Why wasn’t this sorted weeks ago'?" Portland chairman Robin Satherley told the Non-League Paper.

"This accusation was made in January, the league and the FA knew when the season was due to finish, but everyone has been left in limbo.

“Moneyfields were found guilty – it’s not the way you want to win it but rules are rules. There’s nothing Portland United can do about that.”

It's too late to put those corks back.