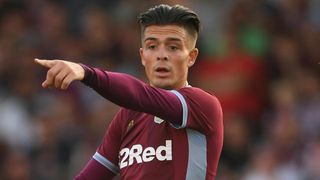 Steve Bruce admits it will be tough for Aston Villa to fend off Tottenham's interest in Jack Grealish, despite insisting the midfielder is not for sale.

Grealish, 22, is believed to be keen on joining Mauricio Pochettino's men after a season in the Championship.

Spurs, though, are yet to meet Villa's valuation, with the Midlands club's financial strains eased by the arrival of fresh investment in July.

Bruce is confident of keeping Grealish beyond the end of the transfer window but expects to face a fight for his services.

"He is not for sale, however, it is very difficult when we are competing against a team which is one of the big teams in Europe now, not just in this country, and has played in the Champions League," Bruce told Sky Sports.

"But the owner has made it pretty clear that he does not want to sell anybody and that includes Jack."

Spurs boss Pochettino has consistently been thwarted in attempting to reinforce his squad, which could enter the new season without any off-season arrivals.

Their Premier League campaign commences away to Newcastle United on Saturday, while Grealish could feature for Villa in a Championship clash with Hull City on Monday.