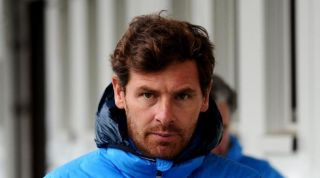 The Russian giants brought in Ezequiel Garay on a five-year deal from Benfica last month and the Argentina defender will link up with his new club after the FIFA World Cup.

Villas-Boas has been linked with another raid on Benfica for winger Nicolas Gaitan, also an Argentina international, ahead of the start of the Premier League season next month.

Fenerbahce's Nigeria striker Emmanuel Emenike is another name reported to be on Zenit's radar.

Yet although Villas-Boas stated that he is eager to add more new faces, he refused to discuss specific targets.

Speaking at a press conference, the former Chelsea and Tottenham boss said: "The positions we are looking for is obviously confidential.

"We don't like to expose it but, we will look to futher strengthen the squad hopefully with one or two more signings."