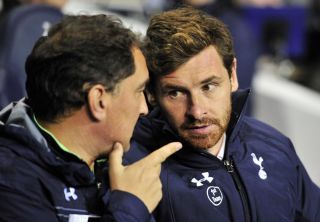 It was Tottenham's first shoot-out win since 1994, setting up a showdown with London rivals West Ham in the last eight.

"We practiced and practiced penalties for the Basel game last year, but we didn't this time," Villas-Boas said.

"We haven't practiced them for three or four months.

"We've seen some brilliant, brilliant football tonight. If you want to see predictable endings or happy endings you go to the opera or the theatre.

"In football you don't know what is going to happen. I couldn't be happier."

Gylfi Sigurdsson put Spurs ahead with a brilliant goal in the 16th minute before Friedel's own goal sent the tie to extra-time.

Paul McShane scored first for the visitors in the additional half hour but Harry Kane levelled the scores to set up a thrilling shootout.

"It was a great, entertaining game and the supporters were absolutely fantastic," Villas-Boas said.

"To see their response after we suffered a setback was very pleasant, they can make that difference for us.

"It was a great atmosphere and it was great for the team to feel that empathy with the supporters."