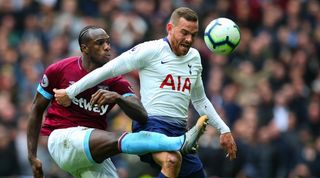 The Dutchman joined the Premier League club from AZ for around £17 million in the summer of 2016.

But he struggled to settle in England and has scored just two goals in 31 top-flight appearances.

Dutch outlet VI reports that the 25-year-old is set to join Monterrey this week in a deal worth around €7m (£6.3m).

Janssen was loaned to Fenerbahce for the 2017/18 season but struggled with injury, before returning to north London last term and making just three substitute appearances.

QUIZ! Can you name the 26 highest-scoring Premier League players by letter of the alphabet?