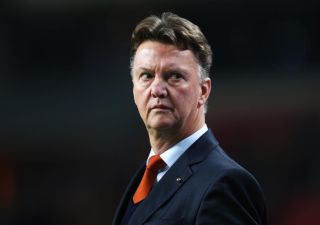 United are searching for a managerial successor to David Moyes, who had his six-year deal terminated less than 12 months into his tenure on Tuesday following a poor debut season that has seen United slump in the defence of the Premier League title.

Van Gaal is among the favourites to take the reins at Old Trafford after he steps down from his role as head coach of the Netherlands after the FIFA World Cup.

Vorm - who has worked under Van Gaal for the national team - believes the 62-year-old possesses all the attributes to cope with the pressures that come with being United manager.

Speaking to Sky Sports News, the Swansea goalkeeper said: "I think he's very clever. You can tell that he's got a lot of experience and he analyses teams very well.

"He's very straightforward and, for me, he's one of the best managers that I've worked with because he makes it very clear what he wants. It doesn't matter who you are - he treats everybody the same.

"If he comes to the Premier League, he will do well no matter which team he's going to coach. I'm 100 per cent sure that with his experience and what he's already achieved, he would fit the bill at United."