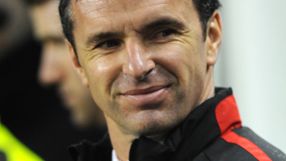 Wales are ranked 116th by FIFA and are bottom of Euro 2012 Group G having lost all three games, scoring a solitary goal. The only major tournament they have qualified for was the 1958 World Cup.

England, sixth in the world, are second in the standings on seven points from three matches, behind surprise pacesetters Montenegro, who have 10 points from a game more.

Although their record in the tournament is hardly impressive, England usually have little problem in qualifying and started out as hot favourites to top their group and advance to the Poland/Ukraine finals.

Yet come Saturday there will be a special atmosphere in the Welsh capital as the visit of the big, bullying neighbours is sure to bring out the fiery best in the hosts and their supporters.

Wales have won only 14 of the previous 99 games, with England victorious in 64. Their last meetings came in qualifying for the 2006 World Cup when England won 2-0 at Old Trafford and 1-0 in Cardiff.

Wales striker Craig Bellamy is hoping that pressure will affect the England players as he believed it did during their troubled 2010 World Cup campaign.

"England just looked, because so much was expected of them, tense, so tense," he said.

"Are England players scared? I remember Steven Gerrard, before playing Andorra, saying he didn't want to give the ball away because he was afraid of the boos."

Gerrard will miss Saturday's game through injury, as will centre back Rio Ferdinand.

The Manchester United man was at the centre of a media frenzy over manager Fabio Capello's decision to relieve him of the captaincy and hand it back to John Terry a little over a year after stripping him of the honour.

Terry has taken the limelight this week but it is likely to be the performance of England's strikers that is critical.

Capello seems set to play Wayne Rooney with Andy Carroll, despite the Liverpool striker having only just returned to action after a lengthy layoff.

Peter Crouch, Jermain Defoe and Darren Bent offer a variety of options from the bench.

Having started impressively by thrashing Bulgaria 4-0 at home and winning 3-1 in Switzerland, England ran out of steam when they were held to a goalless draw by Montenegro at Wembley in October.

"We must win," Terry said. "Wales have had a bad start, conceding a lot of goals and not scoring too many - but they pose a real threat individually. They've got a good young squad."

Wales certainly have pace in their side, with Bellamy capable of causing England's defence problems.

"We need to win this game, I think it would boost us as a team and Welsh football in general," said Gareth Bale, who has made such an impact in the Champions League with Tottenham Hotspur but will miss the game against England through injury.

"I think we have got every chance. We've got great young players and a g