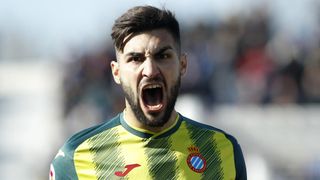 Watford have completed the signing of Marc Navarro from Espanyol.

The 22-year-old defender has signed a five-year contract with the Premier League side, with Espanyol confirming a €2million fee has been paid.

Navarro came through Barcelona's youth ranks before switching to Catalan rivals Espanyol, where he made his LaLiga debut in January 2017.

"Marc has attracted interest from a host of top European clubs, therefore we are delighted to have secured his services," said Watford chairman and chief executive Scott Duxbury.