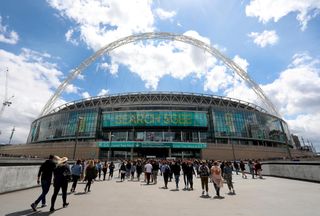 Wembley has been announced as the venue for the Champions League final in 2023.

The match will mark 10 years since Wembley last staged the final in 2013, when Bayern Munich defeated German rivals Borussia Dortmund 2-1.

Additionally, Sevilla will stage the Europa League final in 2021 while Belfast will host the European Super Cup the same year.

The new Wembley is already set to stage the semi-finals and final of next summer’s Euro 2020 tournament.

UEFA also announced that VAR will be used from the beginning of the knockout stages in this season’s Europa League competition.

The executive committee, meanwhile, will recommend to its 55 national associations and all European clubs not to play matches in countries where women have restricted access to stadiums.

UEFA said its third club competition, starting in 2021 with a view to giving “more clubs in more countries a chance to participate in European football”, will be called the Europa Conference League.