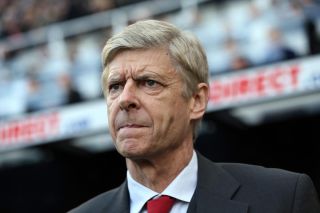 Mata is said to be heading to Manchester for a medical on Thursday after United reportedly agreed a club-record fee of around £37 million for the Spain international on Wednesday.

The former Valencia man was Chelsea's player of the season two years in a row after moving to Stamford Bridge in August 2011, but has found himself out of favour since Jose Mourinho returned to the club ahead of this campaign.

And Wenger believes Mata is only being allowed to move to Old Trafford because Chelsea have already played United twice in the Premier League this season, most recently in their 3-1 home win last Sunday.

"Yes I am (surprised) because Juan Mata is a great player, and they (Chelsea) are selling a great player to a direct opponent," Wenger said.

"(It) opens up the opportunities in the transfer market because Chelsea have already played twice against Man United and so don't have to play them again.

"Some teams have already played twice against one opponent and some others not, and I think if you want to respect the fairness for everybody that should not happen.

"I can understand completely what Chelsea are doing, it's within the rules but maybe the rules should be adapted for fairness."

Premier League leaders Arsenal still have to play both Chelsea and United in their remaining 16 games this term, with United first up in mid-February.