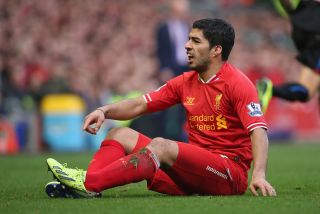 Speculation over Suarez's future dominated the headlines in the off-season, with the Uruguayan desperate to play in the Champions League.

But Werner insists Suarez remains central to the club's plans and hopes the striker can achieve his Champions League goal with Liverpool.

"There was interest in him from other clubs throughout the summer but it was important for us to try to keep him," Werner told The Mirror.

"He is one of the great players of the world and we felt that we would be a stronger club with him than without him.

"It is our intention to keep him for a while. Our intention is to build a winning club and he is integral to that. The past is the past and I have great affection for him personally."

"I give Brendan Rodgers an enormous amount of credit for making sure Luis knew how needed he was at Liverpool," he said.

"Brendan made it plain to him how much he was going to be embraced by the fans, and the supporters have been terrific."

He added of Rodgers, who has guided his side to second place in the Premier League after seven games this season: "I think Brendan has made remarkable progress.

"He's a great strategist and has shown strong leadership. When we hired him, we were confident we were getting one of the brightest managerial talents in the game and he is proving his worth.

"He's dedicated to improving the club as a whole and shares our vision of developing a club that is built for sustained success.

"He has shown a willingness to use young players and at the same time, demonstrated the ability to get the best out of our established stars.

"Brendan is respected by the players. They feel he is a good strategist and a good leader and his philosophy has been embraced by everyone.

"We are all moving in the same direction and Brendan is very much the leader."