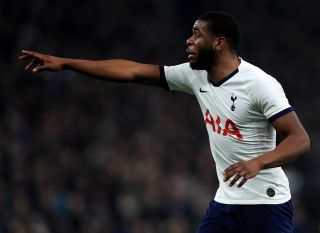 Jose Mourinho is seen explaining how people pronounce his name wrongly in the latest clip of Tottenham’s documentary on Amazon Prime Video.

The All or Nothing series, which is due to air later this summer, followed Spurs during a tumultuous 2019-20 campaign, which was full of drama on and off the pitch.

The latest teaser, released by DJ Annie Mac, shows Mourinho talking to defender Japhet Tanganga in his first training session asking how to pronounce his name before revealing the correct pronunciation of his own first name is with a J sound at the start, rather than a H sound.

If you love football, you're in for a treat with the next All or Nothing series on @primevideosport – showing behind the scenes footage from one of the biggest clubs, Tottenham Hotspur. I am definitely guilty of pronouncing José’s name wrong 😳 #AllorNothingSpurs#adpic.twitter.com/kvABUznOsg— Annie Mac (@AnnieMac) August 3, 2020

“I hate to tell the wrong names man. Everybody says name wrong,” he said. “Everybody calls me Jose, I’m Jose, not Jose.”

Mourinho was immediately impressed with Tanganga and gave him his first Premier League appearance in the Premier League game with Liverpool in January, where the defender was the man of the match.

The fly-on-the-wall documentary will begin with Mourinho’s arrival at the club, less than 24 hours after Mauricio Pochettino’s sacking and is likely to feature Harry Kane’s serious injury, Christian Eriksen’s exit, Eric Dier climbing into the stands and Hugo Lloris and Son Heung-min’s spat on the pitch.