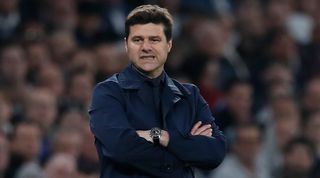 Mauricio Pochettino’s side didn't sign any new players over the last two windows but have nevertheless managed to reach third place in the Premier League and a Champions League semi-final.

The Telegraph reports that the north London club are likely to again be outspent by their English rivals this summer, citing sources who claim that it’s unlikely more than two or three significant signings will be made.

Chairman Daniel Levy is said to be prepared to shell out £30 million on Barcelona midfielder Andre Gomes, who has spent this season on loan at Everton, while a move for £34 million-rated Nice right-back Youcef Atal is also possible after enquiries were made.

The club’s spending could hit £100 million with Pochettino eager to reinforce his attack, particularly if key players like Christian Eriksen, Toby Alderweireld and Kieran Trippier are sold.

Ryan Sessegnon of Fulham and Aston Villa’s Jack Grealish have been mentioned as two potential targets, with the club needing to bring in at least one English player to meet home-grown player rules.

Spurs were beaten 1-0 by Ajax at the Tottenham Hotspur Stadium in the first leg of their Champions League semi-final on Tuesday.