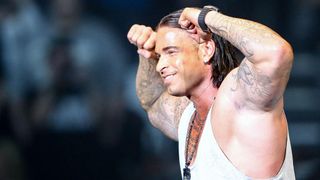 German international turned professional wrestler Tim Wiese has claimed he is fitter now than when he played regularly in the Bundesliga.

The ex-Kaiserslautern, Werder Bremen and Hoffenheim goalkeeper retired in 2014 and has since pursued a career in professional wrestling.

He is due to make his in-ring WWE debut in Munich on November 3rd after being invited to join a training camp earlier this year.

Wiese says he trains for up to four hours a day to maintain his physique.

"As a goalkeeper, you only have to walk around a bit in the workout," Wiese told Bild.

"But the weight is much bigger in wrestling, moving 120 kilos is more strenuous than 90."

He already sounds at home in his new career, rather than prowling between the posts against Bayern Munich and Borussia Dortmund.