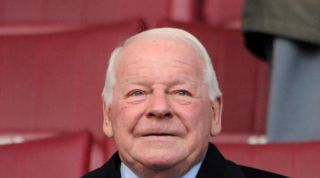 Whelan was punished by the Football Association (FA) following an interview he gave to The Guardian following the controversial appointment of Malky Mackay in November.

Mackay was appointed by the Championship strugglers despite an investigation dating back to the Scot's time at former club Cardiff City over allegations he exchanged text messages that were of a racist and sexist nature with Cardiff's then head of recruitment Iain Moody.

Whelan's interview is claimed to have carried negative connotations about Jewish and Chinese people and he was subsequently charged by the FA, who decided he had  "breached FA Rule E3[1] in that his comments were abusive and/or insulting and/or constitute improper conduct and/or bring the game into disrepute".

The 78-year-old later apologised for his comments, but insisted he was misquoted.

The charge was accepted by Whelan, though, and an FA Independent Regulatory Commission has issued a ban and a £50,000 fine.

"Dave Whelan has been suspended from all football and football activity for six weeks, subject to any appeal, following an Independent Regulatory Commission," read a statement from the FA.

"The Wigan Athletic chairman, who accepted the charge of improper conduct, has also been fined £50,000, warned as to his future conduct and ordered to undertake a mandatory education programme.

"It was alleged Mr Whelan breached FA Rule E3[1] in that comments made to the media were abusive and/or insulting and/or constituted improper conduct and/or brought the game into disrepute.

"It was further alleged that this was an 'Aggravated Breach' as defined by FA Rule E3[2] as it included a reference to ethnic origin and/or race and/or nationality and/or religion or belief."

The statement added: "The Independent Regulatory Commission will publish full written reasons within the next 24 hours. An appeal must be lodged within seven days from receipt of the written reasons.

"The sanction is suspended until after the outcome of any appeal, or the time for appealing expires, or should Mr Whelan decide not to appeal."

"'It is clear that he himself is very upset by the words he used and he moved very quickly to apologise publicly, plead guilty and begin to make amends.'"