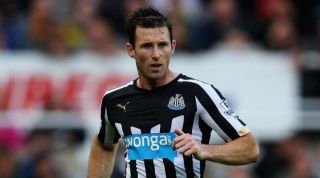 Newcastle sit third-bottom of the Premier League table after their poor form from the end of last season continued into the new campaign.

In 2014, Newcastle have won just five times in the top flight and Pardew's side go into the international break as one of two sides in the Premier League yet to pick up a victory this term.

However, having fought back twice from a goal down to salvage a draw against Swansea City on Saturday, Williamson says the players are not preoccupied by the media pressure surrounding Pardew's position.

"It is part and parcel of the game and there is no getting away from the position we are in and the results we have had," he told the Newcastle Evening Chronicle.

"So that is the black and white of it and we need to get points on the board as much as we can. This will only make us stronger and people will see that when we get out of this period.

"We go into the break on a high and with a chance to get some work done, come together and make sure we win the next one.

"We just need that luck, but we need to build a base to make sure the luck goes your way and our spirit and persistence paid off for us at Swansea."