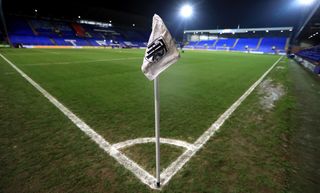 Tranmere or Watford face playing two FA Cup ties in the space of four days after their third-round replay was postponed.

Following the confirmation of the postponement, a new date was announced of Thursday January 23 – with the winners then set to go on to face Wolves or Manchester United in the fourth round on Sunday January 26, a fixture selected for live broadcast.

Watford said both clubs had been “in regular contact” to discuss “the options available” with the FA once Tuesday night’s scheduled match had been put at risk by the weather.

The FA confirmed in a statement: “After consultation with all the relevant parties, in order to keep the competition on schedule and reduce the risk of causing fixture disruption elsewhere, the match has been rescheduled for Thursday 23 January, 7.45pm kick-off.

“The winner of this tie will host Wolverhampton Wanderers or Manchester United in the fourth round proper on Sunday 26 January, 3.00pm kick-off.”

Tranmere fought back from 3-0 down to draw 3-3 in the original tie at Vicarage Road.

Micky Mellon’s side are third from bottom in League One, while Premier League side Watford sit one point above the relegation zone.

Rovers chairman and vice-chairman Mark and Nicola Palios issued a club statement on Tuesday evening to give some background and highlight the planned work to improve the underlying sub-structure at Prenton Park, which is around 30 years old.

The statement said the problem was “not an issue of either man-power or expertise….. nor is it an issue of money”.

Tranmere had sought advice from neighbours Liverpool and the FA as well as external pitch specialists – while ground staff have sometimes worked “through the night” to help get games to go ahead.

The Palios’ statement read: “In order to give us the best chance of getting the Watford game on, we also hired in an additional specialist pitch covering which allows air to circulate underneath it to dry the pitch. Unfortunately, even this was not enough in the face of Storm Brendan.

“We are of course very disappointed that our pitch is not what it should be this season, but we hope this will enable people to better understand what the problem is and how it will be dealt with.”