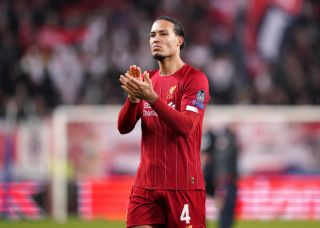 The mid-season player break for Premier League players will take place next month, with one round of top-flight fixtures staggered over two weekends.

The break is in the spotlight with Liverpool manager Jurgen Klopp saying he will “respect” it by letting under-23s boss Neil Critchley take charge of a youthful side for the FA Cup fourth-round replay against Shrewsbury.

That tie will take place – unless moved for television – on February 4, which is the first week of the two-week break period.

Here, the PA news agency explains how the break will work, who gets the most rest, and which players will be most in need of it.

When does the break happen?

One round of Premier League games will be played over two weekends – with teams given a rest on one of them. Matches will be played on February 8, 9, 14, 15, 16 and 17, with all the games due to be televised. The decision to introduce a break followed an agreement between the Premier League, the Football Association and the EFL in June 2018.

Do all teams get an equal break?

No. Southampton look set to have the shortest break in terms of football-free days – nine between their scheduled fourth-round replay against Tottenham on February 5 and their next league match on February 15. Chelsea and Manchester United have got the longest breaks at 15 days each.

Liverpool get a 10-day break between the Shrewsbury game on February 4 and their next league fixture on February 15, but if Klopp sticks to his guns and rests his first-team players then the break becomes 13 days.

Will anyone else feel aggrieved?

Wolves are one of five teams who have a 12-day football-free period, but have already played 40 matches in all competitions this season after starting their Europa League campaign at the second qualifying round stage in July.

Which players have played the most?