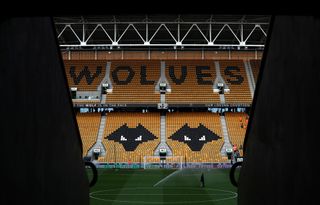 Wolves fans have been given a rare chance to cheer some success during the suspension of football after their club claimed the Ultimate QuaranTeam prize.

The Premier League club’s official eSports set-up beat their counterparts from Dutch side Groningen 2-1 at FIFA 20 in the final of the 128-team tournament.

The competition, which was organised by Leyton Orient, involved representatives of clubs from across Europe.

Wolves were represented by Brazil-based esporter Flavio and an 84th-minute winner gave their fans the bragging rights.

The competition has raised more than £57,000 on JustGiving with the majority of the cash going to Sky Bet Football League clubs to help mitigate the loss of income sparked by the coronavirus pandemic.

If you're a Wolves fan on the tins tonight, then fair play.— Leyton Orient (@leytonorientfc) April 6, 2020

The remaining quarter of the money will be split between mental health charity Mind and the World Health Organisation’s Covid-19 Solidarity Response Fundraiser.

Other clubs to take part in the tournament included Manchester City, Benfica and Roma with Crystal Palace’s England international Andros Townsend among the players.