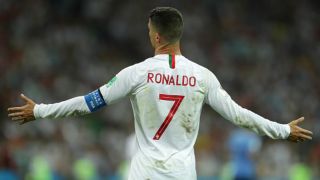 The knockout phase was ushered in by Edinson Cavani and Uruguay in Sochi as Cristiano Ronaldo exited the World Cup along with Lionel Messi.

Cavani was at the double, upstaging five-time Ballon d'Or winner Ronaldo, to see Uruguay to a 2-1 win at Fisht Stadium and a spot in the quarter-finals.

While there was plenty of action on the field, the atmosphere failed to live up to that produced by fans of Peru, who left this particular Omnisport reporter stunned just days earlier along the Black Sea.

After Germany and Sweden rolled through town, it was a sea of red, reminiscent of a fixture in Lima, as Peru drowned out their Australia counterparts with deafening noise throughout the 90 minutes.

Here are some of the highlights from week two in Sochi.