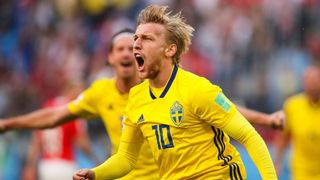 The only game in St Petersburg in our third full week out here was Sweden's forgettable 1-0 win over Switzerland.

One of the region's temporary residents of course saw off the Scandinavians this weekend, but England's game against Colombia provided a truly memorable moment for the Omnisport contingent as we took in the penalty shoot-out drama alongside some vocal and gracious South Americans.

There was time for an appallingly inaccurate prediction, dodgeball in Repino and American football on Krestovsky Island.