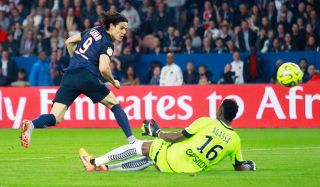 “What’s the key to making a positive start to the new season? It always takes me a few games to get going.”
Dom Barlow, via email

“Once you get to professional level, being a footballer is like being a machine. You must look after your body, especially when preparing for the new season.

The best way to be at your best for a new season, though, is to clear the mind of any stress or negative thoughts. Mental rest is just as important as physical rest. I try to have a minimum of 20 days’ holiday before pre-season – that way I feel refreshed from the start.

That helps you attack the first few games, because you’ve been looking forward to the new season.

Obviously pre-season training plays a big part in starting the campaign in the right physical shape, but you can’t be mentally weary. It’s easy to see opponents who haven’t prepared properly.

Having an ego is a big part of being a striker – nothing that gets in the way of the team ethic, but the desire to score goals. I don’t necessarily set myself specific targets, but I do try to find the net early to ease the pressure that’s always on you as a goalscorer.”