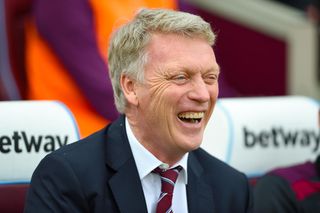 Scotland boss Alex McLeish has been relieved of his duties following a meeting of the Scottish Football Association’s board.

McLeish did successfully guide the national team to the top of their Nations League group but a disastrous 3-0 defeat to Kazakhstan in their opening Euro 2020 qualifier has brought an end to his second stint in the Hampden hot seat.

The former West Brom and Reading boss has impressed since taking over at Kilmarnock in October 2017. The Rugby Park club were languishing at the wrong end of the Ladbrokes Premiership but Clarke – who has also worked alongside the likes of Jose Mourinho, Kenny Dalglish and Ruud Gullit – has transformed them into contenders for a European place over the past two seasons.

McLeish’s predecessor led the national team for almost five years but while a bright start to his time in the job raised hopes that he could end the Tartan Army’s long wait to qualify for a major championships, his side’s form faded badly as the Scots missed out on both Euro 2016 and last year’s World Cup in Russia. However, the former Aberdeen, Manchester United and Leeds winger did win three straight championships while in charge at Celtic and feels he still has unfinished business after arguing he was harshly sacked on the back of a run of seven games without defeat.

Scotland Under-21s’ boss has no first-team coaching experience under his belt but has done a decent job working his way up through the national set-up’s age grades, helping to promote the likes of Callum McGregor, Scott McTominay and Ryan Fraser to the senior squad. Appointing the ex-Everton midfielder might be seen as the cheaper option but the SFA can point to the success of England since Gareth Southgate stepped up from managing their under-21s as proof the move could work.

The former Manchester United boss’ coaching career has gone downhill since leaving Old Trafford, with stints at Real Sociedad, Sunderland and West Ham proving to be short-lived. The 55-year-old admitted in March he was open to the possibility of one day managing his country but for the time being he would prefer a return to the club game.

Another who is currently employed by the SFA having taken up the performance director role at Hampden and would therefore come cheap. The former Watford, Cardiff and Wigan manager had a one-game stint as interim boss against Holland last year after Strachan was axed, only to be told by then chief executive Stewart Regan he was not being considered for the job permanently. The racist text scandal from his time in Wales is once again likely to count against him this time.

The Aberdeen boss, 47, has repeatedly said he believes the Scotland job is best suited to an older manager. But while he has rejected moves to Sunderland and Rangers, perhaps he might believe the Scotland job could help propel him into the thinking of top-flight clubs down south after seeing the Dons again come up short in their hunt to add silverware for the first time since his 2014 League Cup success.

It was the Northern Ireland boss’ decision to turn down the Scotland job last time that forced the SFA to turn to McLeish. But with a new man in charge of the SFA, some believe O’Neill might yet be persuaded to turn his back on the team he successfully guided to Euro 2016. Northern Ireland currently top their current qualifying group after two games but with Holland and Germany for competition, their hopes of reaching next year’s finals look slim.