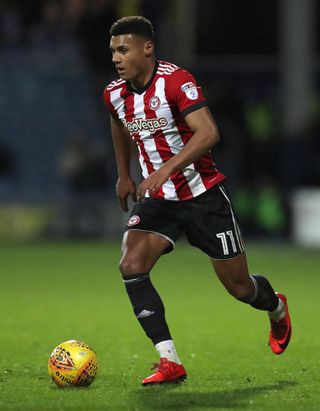 Brentford sharpshooter Ollie Watkins has propelled The Bees into the Championship play-off picture this season. Here, PA looks at the 24-year-old’s burgeoning career amid regular links to a big-money Premier League transfer.

What makes Watkins so special?

In short, goals. The former Exeter City hitman boasts 22 in the league for Brentford this term, and it is his natural ability to find the net that has won him so many admirers. Those strikes have helped steer Brentford into fourth place in the Championship table, that is now obviously stalled due to the coronavirus shutdown.

Which Premier League clubs have him on their radar?

West Ham were widely touted as weighing up a January swoop, but the Hammers drafted in Jarrod Bowen from Hull City instead. Crystal Palace are thought to be keeping close tabs on Watkins’ progress, and there are those who believe Tottenham have been impressed too.

What are his main attributes?

Pace, power and a knack for finishing. Watkins is just as happy running at defenders as heading home a whipped-in cross. That ability to lead the line or drop into space creates uncertainty for opposition defences, generating opportunities not just for himself but also for team-mates.

Torquay-born Watkins joined Exeter’s academy at Under-11 level in 2004, progressing through the ranks to sign a scholarship deal in 2012. After his senior debut in 2014 Watkins mustered 21 league goals in three years – and that was enough for Brentford to pounce in 2017.